Making a trek from South Carolina to beautiful Grand Haven, MI, Joshua told Meghan that he had planned an excursion for them.  It required getting up really early to make the trip over from their mid-state family’s place over to Grand Haven.

Having planned for weeks prior to the big day, Joshua hoped that the early morning fog would dissipate by the time they reached the lakeshore for their 8:30 am “excursion”.  We planned morning because Joshua wanted the beach not to be filled with onlookers.  As you can see, they virtually had the place to themselves, (except for one photographer who had her on on them!)

Sheer delight showed on Meghan’s face as she realized what was going on.  Such a great thing to witness!  We followed up with a few portraits to celebrate their engagement and then they were off to breakfast in downtown Grand Haven where they could chat and dream about their wedding day.

Be sure to watch the slideshow to see how their adventure unfolded. 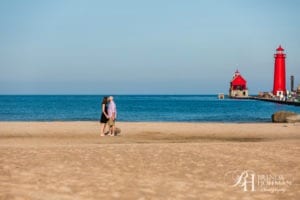 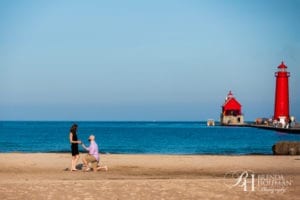 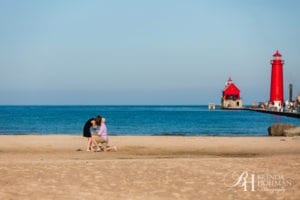 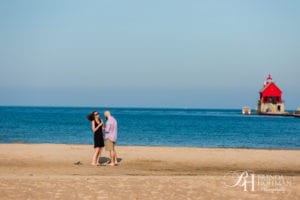 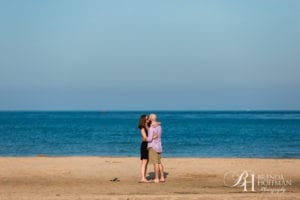 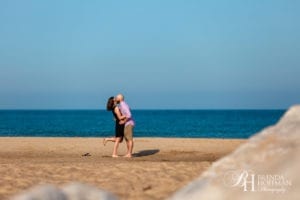 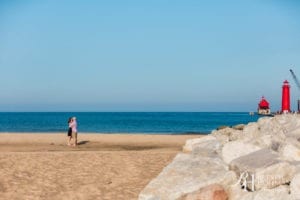 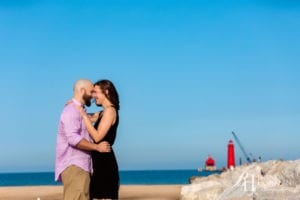 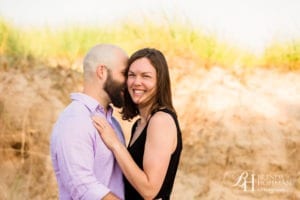 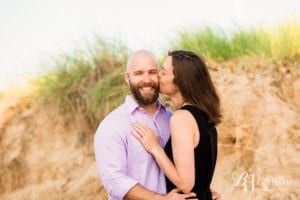 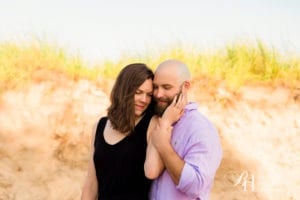 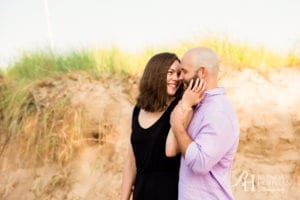 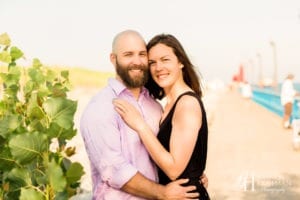 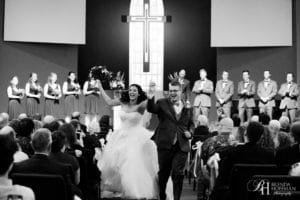